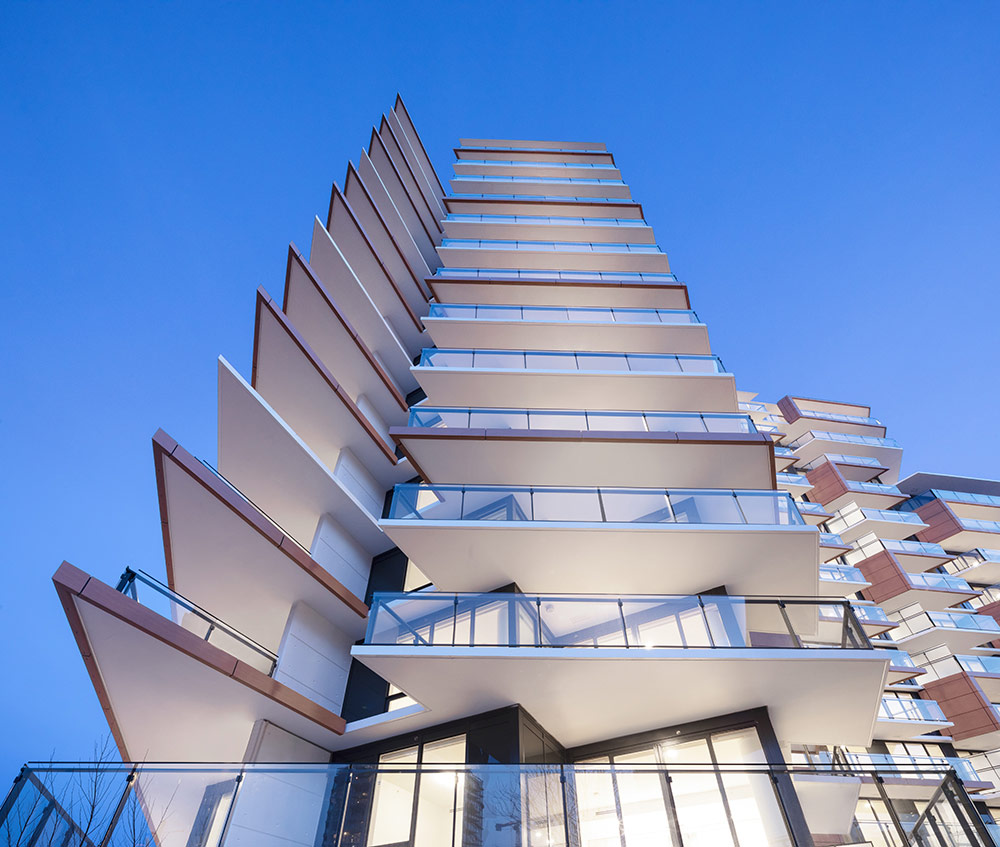 Located on the crest of a dramatic hilltop in central White Rock with the Straight of Georgia ever-present, this site can experience significant winds at times throughout the year, demanding a response that respects both the urban context and seasonal wind power of this natural setting.

While effects of construction on the environment are often approached from the inside-out, WIND-SHAPED TOWER looks from the outside–in to minimize effects of wind patterns: The building form undulates to respond to wind distribution, while its prow-like stern cuts into the predominant southwestern wind to reduce downwash and acceleration.

WIND-SHAPED FORM Expressed in soft lines and curvilinear shapes, the form undulates to respond to seasonal wind distribution. The bent slab block form features a prow-like stern that faces into the frequent southwestern wind. This acute windward angle aids in the reduction of wind downwash and acceleration. A protected cove in the building’s inner-boomerang provides a residential courtyard garden sheltered from prevailing sea winds. The building’s façade is articulated with a shingled expression, similar to fish scales. Deliberately placed, the protruding frame-like fins further mitigate wind acceleration and downwash effects. The result is a building that minimizes effect on wind patterns: wind conditions for pedestrians remain similar to those that existed prior to building. 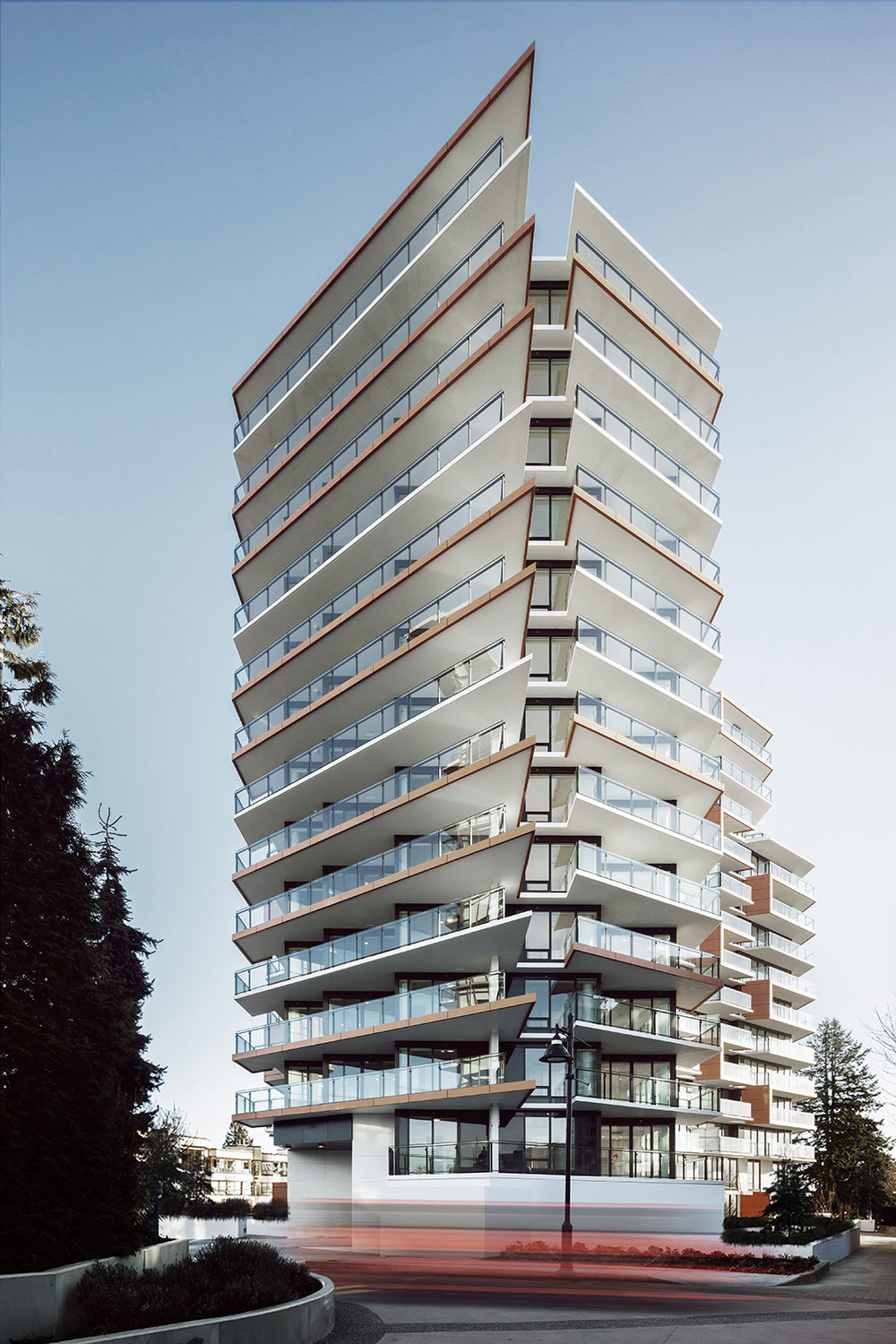 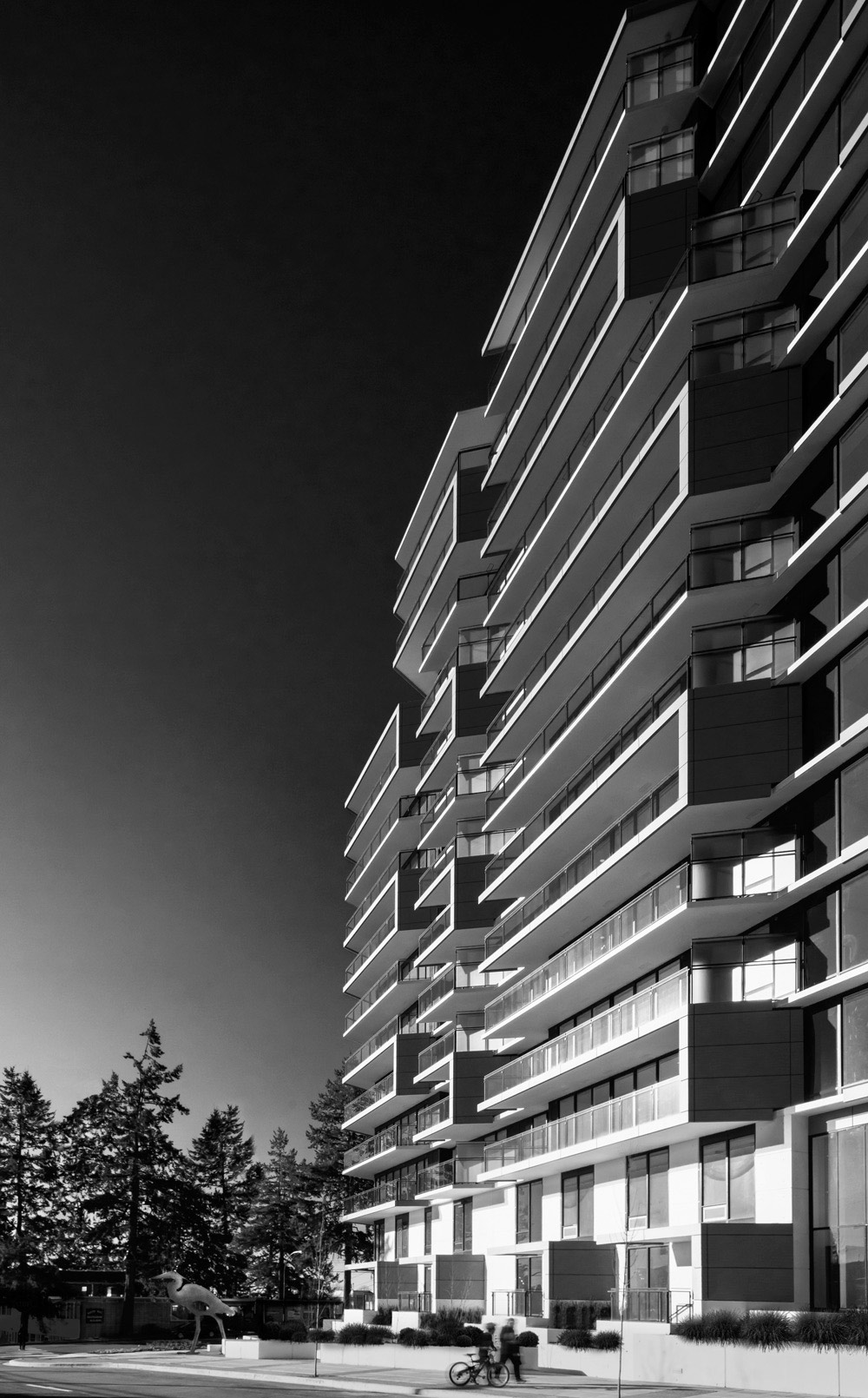 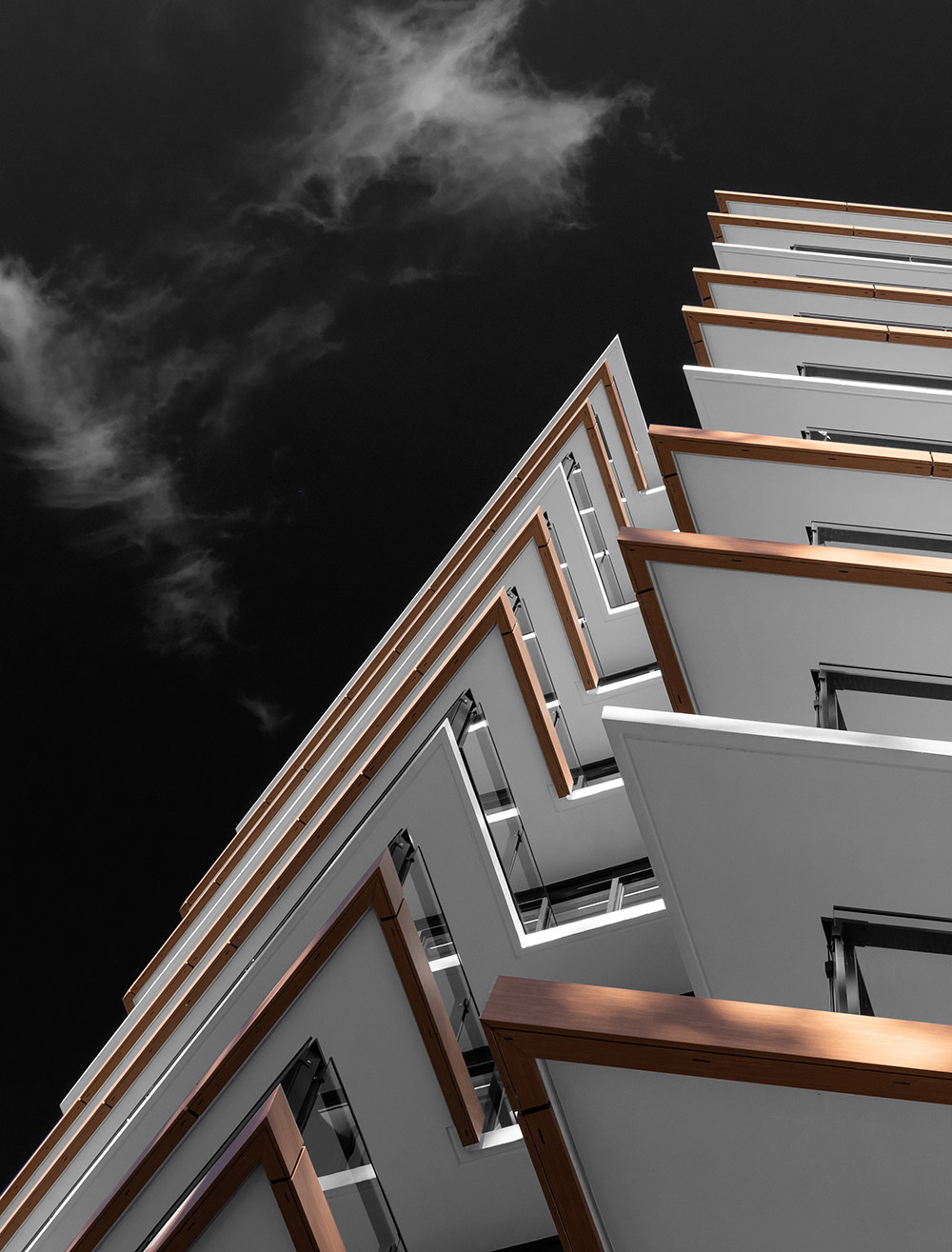 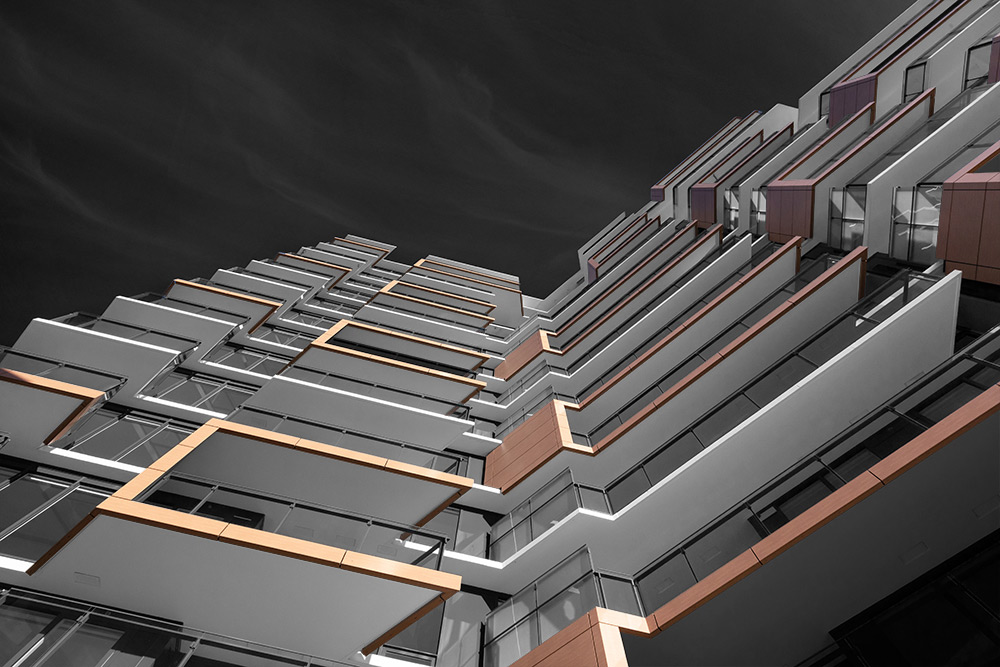