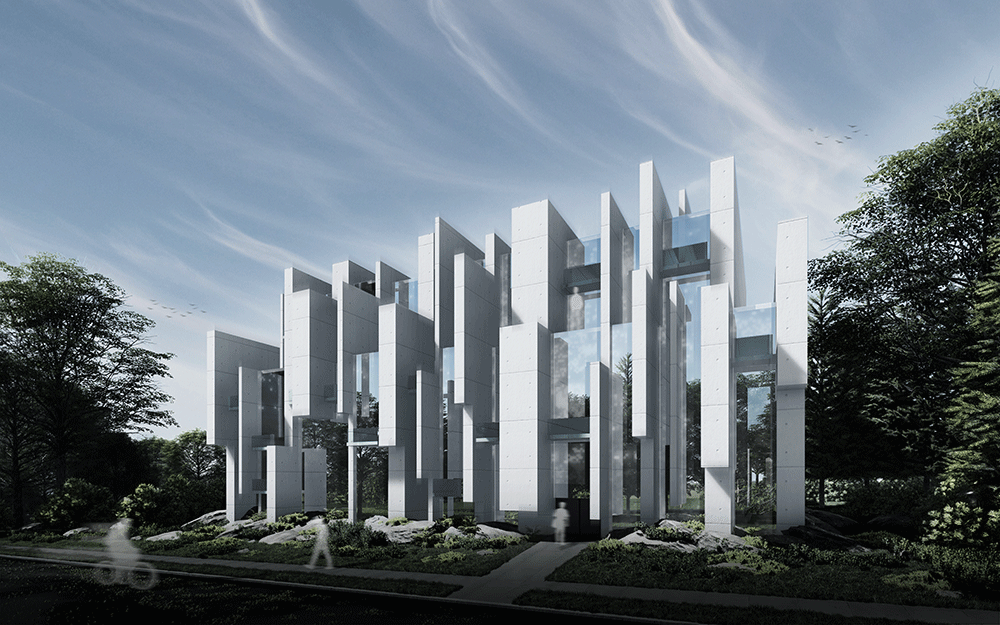 The layered, fragmented frame façade recalls the natural columnar basalt forms of the former quarry at the Park site.

Inspired by the rock quarry history of the adjacent Queen Elizabeth Park and the area’s tradition of west coast modernism, this midblock proposal presents an opportunity to interpret the context in new way: as an out-cropping of surface rock.

The Queen Elizabeth Park area is one of the highest elevations in Vancouver with its rock formations that appeared as a result of volcanic activity between 31 to 34 million years ago. The basalt rock formations are distinctly formed into columns that show the pattern of cooling as the magma cut across layers of other rock.

VERTICAL LAYERING The dominant architectural expression is a fragmented frame. Expressed in varying dimensions, the vertical frames work to animate the façade and, when viewed obliquely, reveal a solidity and timelessness to the architecture. Lower columns work as privacy screens, and mitigate noise reduction on this busy arterial street. Upper columns are adjusted to provide passive solar shading, opening to mountain views.

FRAGMENTATION To soften the architecture and ‘blur’ its edges, blending in with the natural surroundings, the vertical frames are fragmented or pixilated into wall segments. This fragmentation enhances the layered expression of the façade recalling the natural forms of the columnar basalt formations of Queen Elizabeth Park. 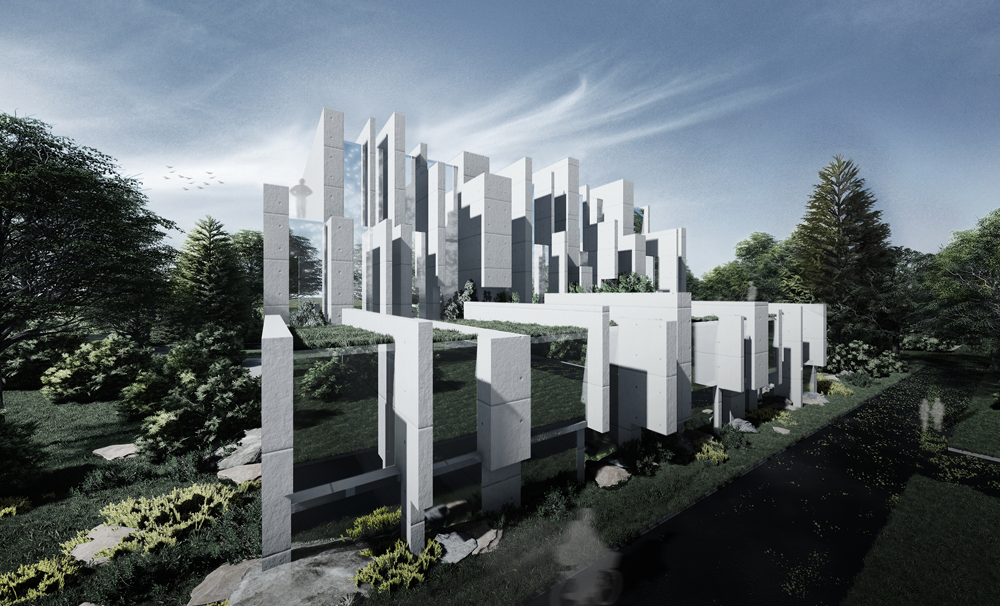